The Carey Salt Company is no stranger to the innovative uses of abandoned portions of its active Hutchinson mine in Reno County, Kansas. Under a lease agreement, converted caverns deep below the surface have provided safe, environmentally stable, underground storage facilities for sensitive information and assets since 1959. Now the Reno County Historical Society has unveiled another novel Hutchinson mine use—the Kansas Underground Salt Museum. Visitors will be transported 650 feet underground via elevator. Ground freezing was the owner’s method of choice to stabilize more than 135 feet of sand and unstable mudstone overburden to ensure completely dry and stable elevator shaft excavation.
The 4.5-inch diameter, closed-ended steel freeze pipes were installed through the overburden around the proposed shaft perimeter and extended through weathered mudstone into the underlying shale to ensure that the freeze continued through the critical soil/rock interface. Quality control and quality assurance measures prior to and during freezing operations included borehole surveying to confirm accurate alignment; installation of a central pressure relief well; instrumentation to confirm adequate frozen ground propagation; and piezometers installed outside of the freeze perimeter to measure groundwater gradients and -utilizing the relief well -to confirm that groundwater inside the shaft had been isolated from groundwater outside the shaft, indicating closure.
The temporary frozen wall, a minimum of six feet in thickness, was formed by circulating calcium chloride brine chilled to -25o F. Closure was achieved 28 days after ground freezing was initiated. The nominal 14-foot diameter shaft was excavated by Thyssen Mining, and the 2-foot thick permanent concrete liner placed.
Underground excavations in salt must always be completely isolated from groundwater or catastrophic failure can occur. In the shallow rock, special water seals were therefore placed in and behind the concrete shaft lining so that once freezing was discontinued and the ground had thawed, groundwater could not seep downward into the soluble salt rock formation below. 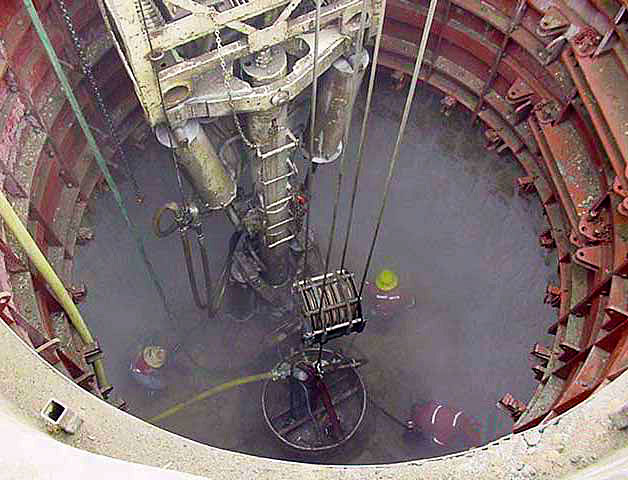 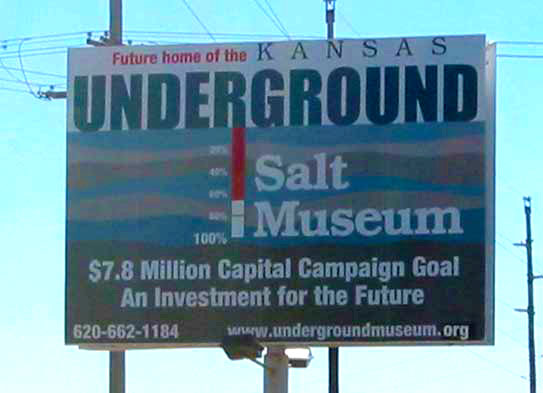 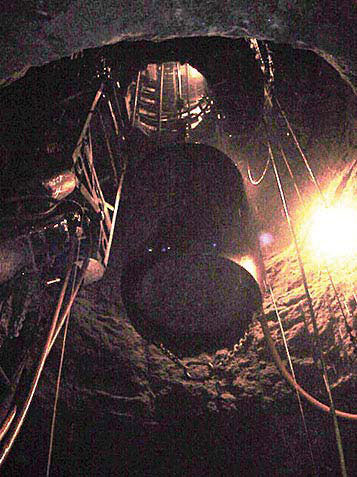