The Sistema de Potabilización Área Norte project will transport and purify water from the Paraná River to provide potable water for the northern Buenos Aires province. The project consists of a 15-km long, 3.65-m diameter bored raw water tunnel, a 1,200,000 m3/day treatment plant, and underground distribution piping to the nearby communities.
The designed excavation support system for Access Shaft #3 was a diaphragm wall with a jet grouted bottom plug. When the shaft was initially excavated, leaks were encountered between the wall panels leading to ingresses of water and soil. Subsequent remedial efforts over the next 14 months, including tube-a-manchette grouting, jet grouting, and dewatering, were unsuccessful. The shaft was eventually filled with lean concrete above the tunnel crown to allow passage of a tunnel boring machine below.
Moretrench was contracted to design, furnish and install a ground freezing system to stop the leaks and allow the general contractor to proceed with installation of the final concrete liner.


Moretrench prepared finite element models for thermal design (to estimate the total heat load and time needed for closure of the frozen wall) and structural design (to estimate the force of frozen soil against the existing concrete structures). The structural model was refined with input from the joint venture’s structural consultants, who designed a bracing system for the tunnel to withstand the forces generated by the soil expanding during freezing.
Moretrench provided field engineering and supervision for freeze pipe installation by the joint venture’s drilling subcontractor. 52 vertical freeze pipes & temperature monitors were drilled concentrically around the shaft and 28 angled pipes were drilled around and beneath the tunnel below. A system of contact cooling rings was installed in the existing tunnel to maintain low temperatures in the concrete liner, ensuring a continuous bond with the frozen soil outside the liner segments.
After a lengthy customs process, the system was activated in early September 2014 and included 3,350 LM of freeze pipes, two freeze plants with combined 281 tons refrigeration capacity, and an instrumentation/data acquisition system to fully monitor the freezing progress.
Shaft excavation began in early November after 9 weeks of freezing. The joint venture was successfully able to pump down the shaft, break into the segmental tunnel below, and construct the permanent access shaft structure without any leaks, soil movement, or other problems. 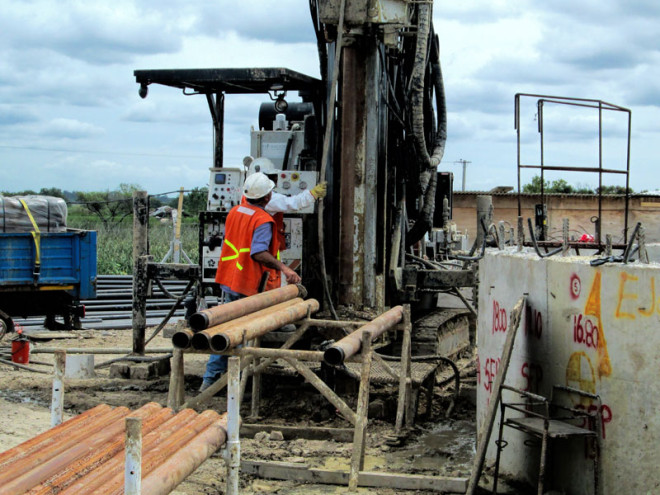 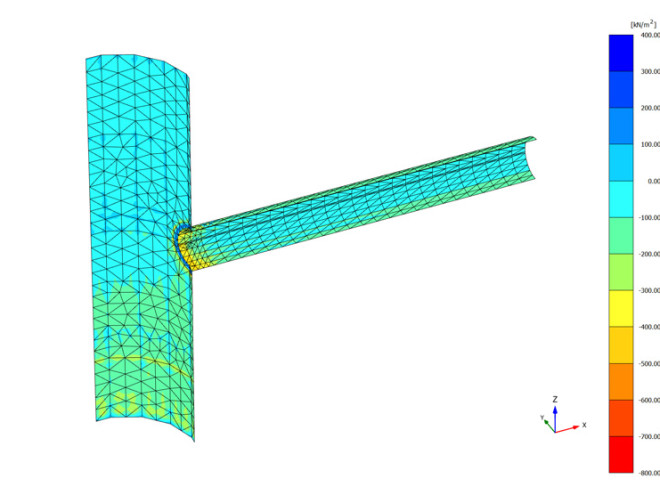 Pressure onto the tunnel for large expansion values (3-6%) 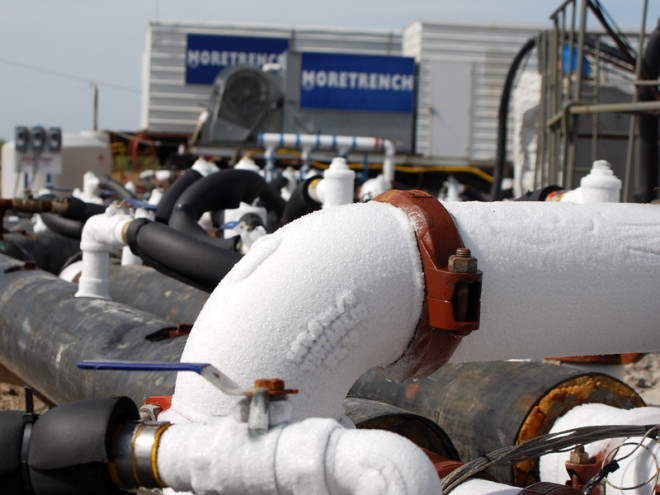 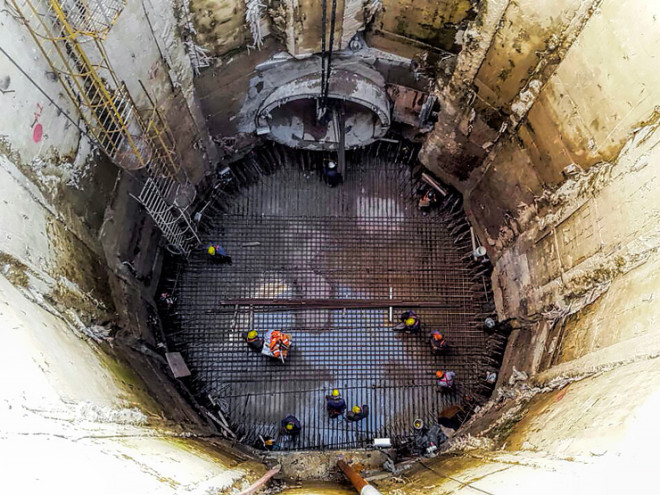