You are here: Home / Projects / No. 7 Line Tail Tunnel Freeze
No. 7 Line Tail Tunnel Freeze
New York, NY
S3II Tunnel Constructors
March 2010
New York City’s Metropolitan Transit Authority awarded a contract to S3II Tunnel Constructors to extend the No. 7 subway line 1.5 miles between Times Square and the Jacob E. Javits Convention Center.
The twin 22-foot diameter tunnels were constructed primarily in rock using two tunnel boring machines (TBMs) designed specifically for rock construction. A depression in the rock surface elevation exists at the South Tail Tunnel for Track CC1.
Ground freezing and permeation grouting were used in this area to provide ground stabilization and groundwater cutoff. (Ground freezing was successfully performed along the tunnel alignment in another area where the rock surface had a lower elevation and did not provide adequate coverage for tunnel construction using a TBM.)
The design included drilling and installing 28 angled freeze pipes at depths ranging from 80 to 106 feet. On the surface, the freeze pipes were positioned in a three-foot staggered grid pattern. The design provided a 10-foot zone of frozen earth above the tunnel and beyond the end of the tunnel. Incorporated with the freeze pipe installation was a 1.5-inch grout sleeve to facilitate the pre-grouting of the formation prior to freezing. 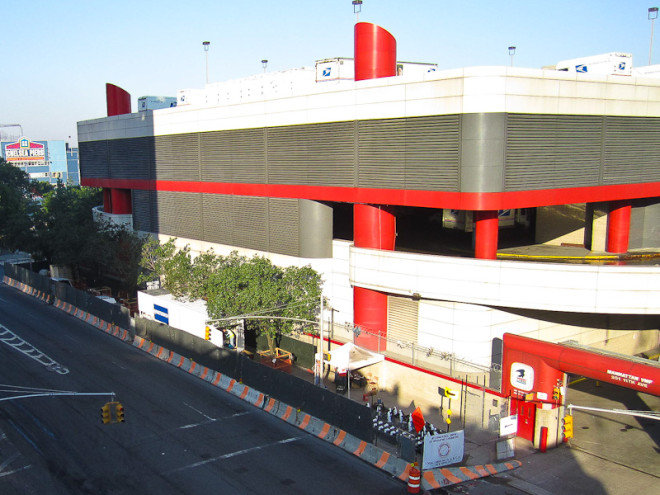 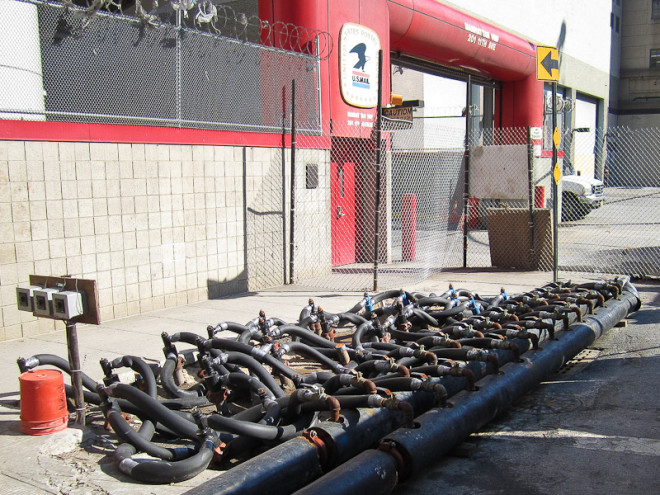 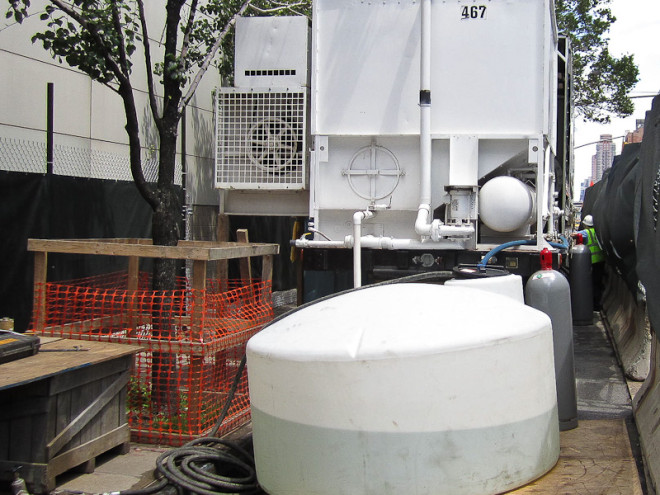 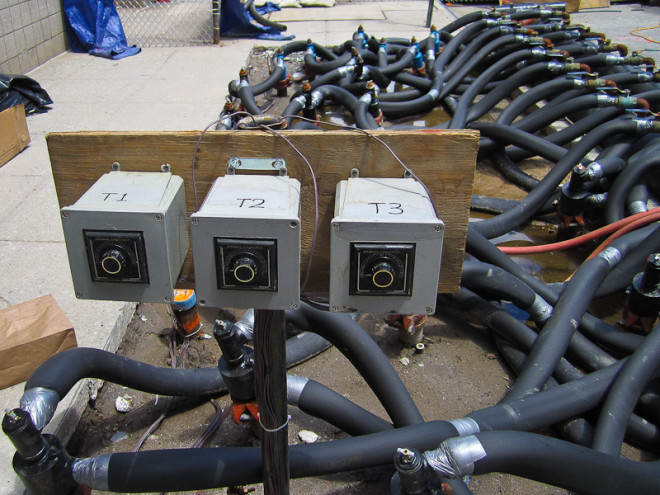 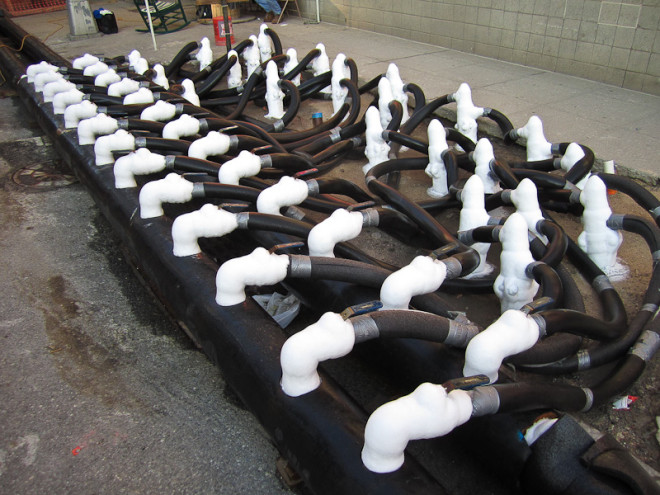 Accumulation of frost on the freeze pipe headers